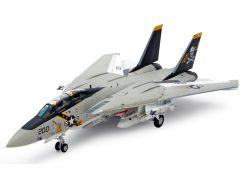 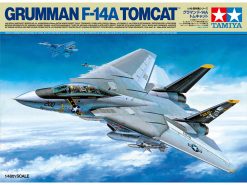 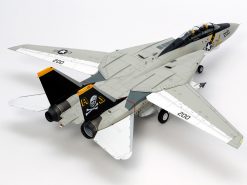 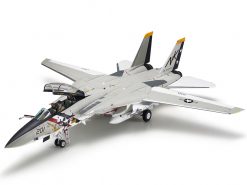 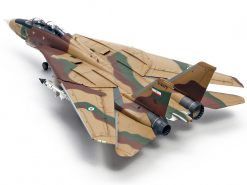 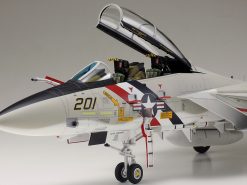 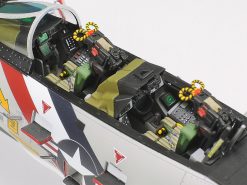 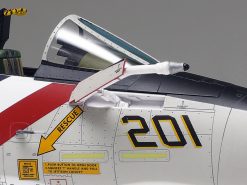 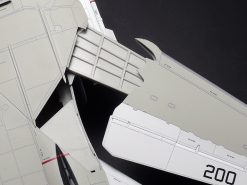 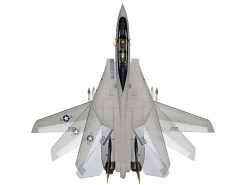 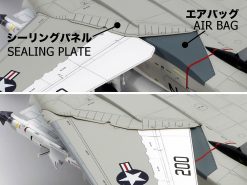 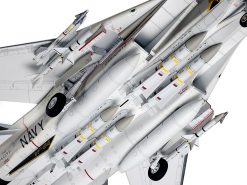 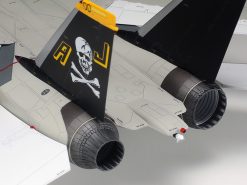 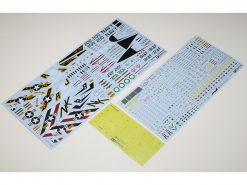 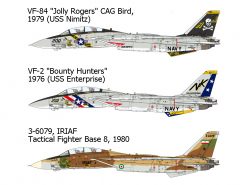 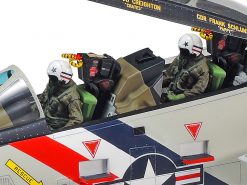 ★The model features a moving depiction of the variable sweep wing. When it’s swept fully forward, the model’s wingspan is 408mm!

★Comes with three marking options including two of the high-visibility schemes employed on their aircraft by U.S. Navy Fighter Squadrons.

★Another marking alternative exists in the shape of an F-14A in the desert color scheme of the Islamic Republic of Iran Air Force (IRIAF).

★Slide molding was employed for a highly realistic scale reproduction of the bubble canopy. Two figures are included to recreate seat pilot and RIO

★Separate parts are included to depict the fuel probe on the right of the nose extended or retracted, and with cover on or off.

★Assembly of the variable sweep wing sees spars attached to the fuselage first, and then the wings attached later, making for an easier painting job.

★Two sets of parts depict wing sealing plates and air bags in fully swept and forward positions. Parts are marked on their reverse to help distinguish them.

★Parts for Phoenix, Sidewinder and Sparrow missiles (4 each) and 2 drop tanks are included, and 3 configurations are shown. Decals recreate markings.

★Also packaged in the kit are parts to depict the engine afterburner nozzles in closed or fully open position – make your choice before building!

★High-quality decals are included to recreate markings with precision, and the kit even includes masking stickers to aid with painting the canopy