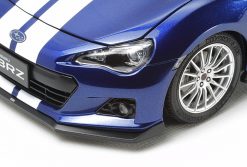 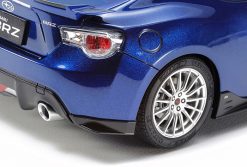 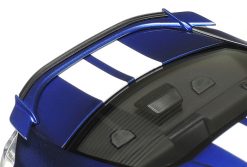 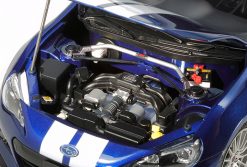 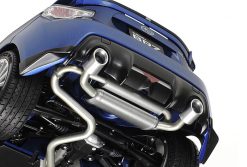 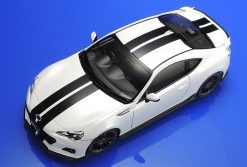 Smarter than the Average BRZ!
This plastic model assembly recreates a customized BRZ, the front engine rear-wheel drive sports car powered by one of Subaru’s trademark boxer engines, a 2.0-liter 4 cylinder unit. Subaru Tecnica International (STI), which manages Subaru motorsports, markets custom parts for the BRZ: from body parts, to suspension and even engine tuning, a wide selection is available for owners looking to customize their BRZ.

★STI-produced side and rear under spoilers further enhance the BRZ’s efficient aerodynamics.

★Parts are included in the kit to recreate the Gurney flap manufactured by STI.

★STI sports muffler parts make sure that the underside of the model is a real point of interest, too.

★Choose between white or black dual center stripes to add that racy touch to your model!