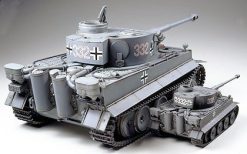 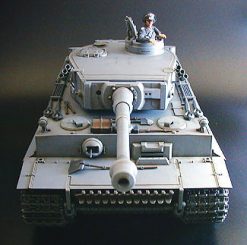 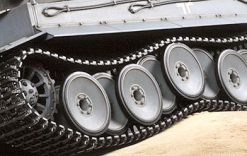 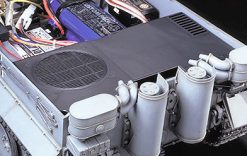 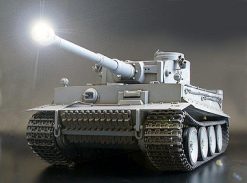 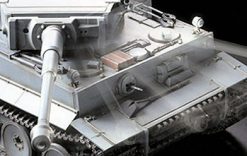 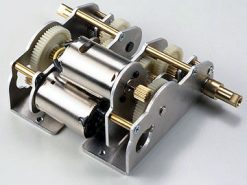 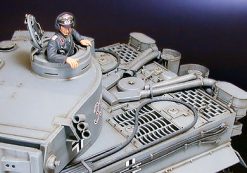 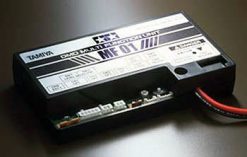 Tamiya has put incredible power and versatility of the German Tiger I in your fingertips with this 1/16 scale, fully functional R/C tank. Just some of the many functions this tank is capable of have been recorded in the video clips below. First check out the firing of the main cannon, complete with true to life flash and cannon recoil. The shot is so powerful that it actually causes the tank itself to recoil, just like the full size Tiger I. Then, click on the next image to see the cannon rotate, tracking down the enemy and preparing to fire. Next is the firing of the authentically recreated 7.92mm MG34 machine gun! Finally, take a gander at how the Tiger I moves on its durable resin and metal tracks.

Just about every sound the real Tiger I made can be made on Tamiya’s 1/16 scale Tiger I. When the tank is switched on, either a manual crank start sound, or an automatic engine start sound is heard. After your engine is turned over, its time to move the tank around. As you accelerate, the engine thundering increases just like the real Tiger I. Stop the tank, and the sound of authentic idling begins. Once you have located your target, rotate the massive turret and listen to the grinding of gears of the real German war machine. The more you control this R/C tank, the more you will feel like the commander of the full size Tiger I !

The Thundering of the Maybach Engine

The only working King Tiger tank in the world is on display at the Saumur Tank Museum in France. Since the Tiger I used basically the same type of Maybach powerplant, some Tamiya staff members made their way to France to investigate. They recorded all the sounds of the real tank including; battery start-up, crank start-up, fly-wheel sound, etc. All the sounds of the enormous V-12 700hp engine have been clearly recorded and are waiting for you in Tamiya’s 1/16 R/C Tiger I kit. 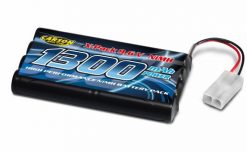 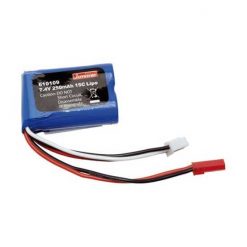 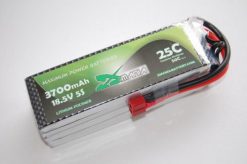 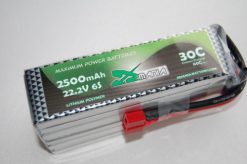 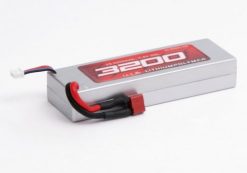